With a writing assignment due by the end of the week at latest I’m thankful Amanda gives all of us a great excuse to forego a lengthy introduction on Thurdays. Let’s get Thinking out loud!

1. Returning to your apartment when you’ve been away for several months means many things. The most significant in terms of food, though: a serious lack of produce. And for whichever reason I had the hardest time deciding what to buy. The latter resulted in a serious strenght workout: carrying home several pounds of vegetables is just that. Simultaneously the up- and downside to living in a city and without a car: stores within [relative] walking distance. 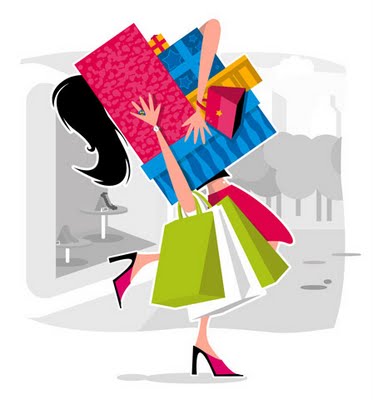 … though I guess I actually looked more like him. Can anybody relate?

2. Cue ‘panic’ when I noticed all stores where either out of bananas [not a single one left!] or had only green ones. Obviously a #firstworldproblem but I know I’m not the only one who isn’t fond of running out of staples. Because I didn’t have any oatmeal in my pantry anymore, either …

3. If I said anything about January flying by at lighting speed: February is in no way inferior to it. Are you sure it’s the 20th already?? Oh, first random thought: when talking about what time of a month it is do you group by 1st to 1oth = beginning, until 20th: middle and the remainder being the end, too? It’s probably weird I’m even thinking about this but according to my logic we’ve almost reached the end of the month already 😯 !? And it does not feel like that yet. Can we rewind back to the start, please?

4. In case you remember the gym story I mentioned in my last Thinking out loud post: there was a detail I forgot to mention but was reminded of when Megan suggested changing the elliptical. Definitely a good idea in theory but the gym only has a total of four ellipticals and all of the others were occupied, too. If that’s not enough to make you laugh: have a guess at how many treadmills there are. No guesses? One. And I was never aware treadmills could have an incline setting until I noticed other bloggers posting workouts mentioning it. Needless to say ours didn’t have one ;).

5. Apparently I have oddly sized feet: they’re somewhere between two sizes. For most shoes that means I need to wear not only tights but an extra pair of socks. Luckily they’re invisible – until I take my shoes off …

6. One thing I didn’t mention in my post on Friday:  my choice of dessert there. Frequent readers will know my inability to decide or pick favourites of any kind. So when it came to choosing a treat to submit Davida had to endure my pondering back and forth never actually sharing the plethora of ideas flying through my head. Oooh my.  Long story short: don’t be surprised if you see more single-serving desserts appearing on the blog – or in the case of failures hear me ramble about my oven or whom- or whatever else I can blame 😉 .

7. This article lists even more reasons to make a trip to IKEA again and made me smile because I actually got my first orchid there. Which now has a sibling because my mum was sweet enough to give me one of hers as a moving-back gift.

8. One of the reasons I didn’t have a lot of [food or else] pictures to share yesterday was my apparent lack of coordination when packing. Just in time for my move my camera’s battery had died and I couldn’t find the recharger right after arriving. But …

9. … the last pictures I took before leaving my parents’ house, however, were announcing a triumph.The most exciting news to mention: I finished the puzzle! Granted, at the beginning I had my doubts of ever working it all out but once I’d gotten more into it the progress became more noticable. If it hadn’t been for those almost alike-looking pieces in the end again, though. Now to start a new one or not?

10. All is said and done for now except: Happy Thursday!

Happiness inducing today: Calling my mum. I miss her already.

Running errands: the next workout trend 😉 ?

What are three staples you can’t live without?

Starting a new puzzle: yes or no?