Change. You either embrace or despise it. I’ll make a guess and say most of us are in the second camp. The change I don’t like about today? Cold weather. It looks like – after different people announcing every day of this week so far ‘the last day of real summer’  – autumn really decided to settle in slowly now. Overall, it’s safe to say we don’t like change we have no say in. The weather s one of those cases in point. However, today I want to think out loud about change we can influence even though we might doubt it at first.

Think for a moment: when was the last time you used some form of the popular phrase ‘they say …’, alternatively ‘society says’ or simply expressed dismay about something common in society nowaways? The obsession with diets stemming from society’s screwed idea of the perfect body. The fact GMOs are becoming more common in the food industry. I could go on here …

How all of this relates to the title and all of us being snowflakes? That one is due to a wonderful story a former RE teacher of mine shared with my class years ago [and you might have heard this or another version of the story before, too]. Possibly the best RE teacher in the world, by the way and not just because of telling us this story but today isn’t teacher appreciation day so I won’t go on gushing here 😉 .

Here it goes: A pigeon is sitting on the strongest branch of a tree on a cold snowy day watching the snowflakes fall down on the earth one by one. Soon, another pigeon ‘gesellt sich dazu’. After looking at the snowflakes’ fall for a while, too, the first pigeon asks: “Say, what does a snowflake weigh?” The second pigeon scoffingly looks at a single snowflake falling on the branch they’re sitting on and answers: “Oh, no more than nothing.” The pigeons rest in silence watching the snowfall becoming stronger and stronger. After a while the first pigeon flies away. By now, the huge strong tree branch is covered in a thick layer of snow. Then, the pigeon watches a single little snowflake fall down on the branch – and it breaks. 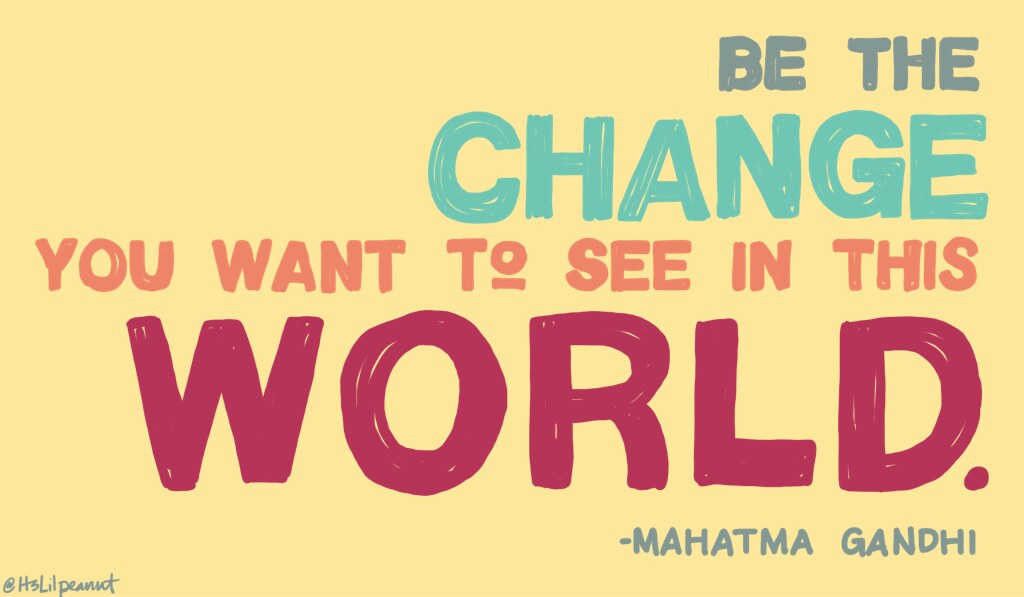 We are part of this [screwed up at times, maybe] society we’re talking about – and we have the power to change it.

Granted, we as individuals might not be able to create worldwide change. But just because we aren’t the president, the powerful CEO of a big company or another huge influencer in today’s society doesn’t mean we couldn’t make difference. Once more, it’s about the little things.

Use the car less often. Eat less meat or even go vegetarian – though you know there’s no diet peer pressure.

Talk to that ‘outsider’ in class – not to make yourself feel better but possibly brighten somebody else’s day.

Snowflake effect – it does exist. [yes, I’m aware of the term butterfly effect but let me stay with my seasonally non-suitable snowflake example, yes?!]. We might not have enormous power on our own – but one snowflake never touches the ground alone, either. So what do you think: Does a snowflake’s weight matter?

Happiness-inducing today: Harvesting some of the first raspberries of the year in our garden.

6 thoughts on “Does a snowflake’s weight actually matter?”